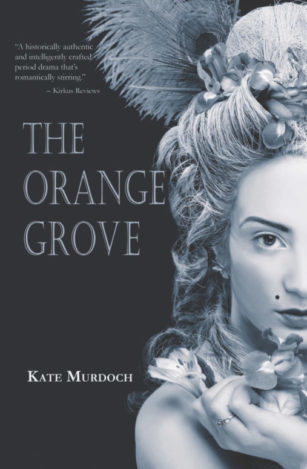 Australian author, Kate Murdoch knows a thing or two about research. Her novels and short stories span from the sixteenth century through to the eighteenth with reviewers praising Kate’s novels, Stone Circle and The Orange Grove, as “well-researched and historically valid.” Not only has she won the Chaucer Award for her historical novels, Kate also won the KSP Fellowship at the KSP Writers’ Centre. Prior to writing, Kate Murdoch was an Australian and internationally exhibited artist. Perhaps this innate creativity led her down the garden path towards storytelling.

Kate talks us through how she went from acclaimed artist to published author through a different and unique channel, one which I fondly recall being a part of. Harper Collins’ old site, Autonomy, allowed writers to submit, gain feedback and move up in ranks with the editors of the publishing giant watching. To be at the top of the ranking, with the most ratings meant you were not only serious about writing, but members were excited about what you were producing. It was this forum that drew attention to Kate’s manuscript and subsequently secured her representation with an agent.

I’ve always loved writing – as a child I read voraciously and wrote stories. After years of exhibiting as a visual artist, I started a manuscript in 2010. I wasn’t sure where it was going to lead, only that I was compelled to finish the story, and as months passed and I learnt more, writing became an integral part of my life.

There were numerous stages in my writing journey. Initially, I did a short course at RMIT and met other writers. Some of us formed a writing group which gave me much-needed momentum and support. At one stage, I had interest in my first manuscript, and did a redraft for a publisher, but ultimately it wasn’t picked up. I remember feeling crushed and wondering if I would ever break through. But I pushed on and started writing my debut, Stone Circle. Once I had an early draft, I joined the Harper Collins site, Authonomy, where writers posted their manuscripts and critiqued one another – this was a crucial part of my learning as people there had various levels of experience and were honest and direct in their feedback. It was a great way to develop a thick skin around being critiqued. My manuscript rose quite high in the ranking system and was featured by the editors. At the same time, I was studying Professional Writing and Editing at Swinburne, which also built up my confidence. I wrote lots of short stories and flash fiction, some of which were published by international journals and literary magazines. I had submitted to agents over the years with no luck, but it was Stone Circle’s performance on Authonomy and these publications, along with the story itself, that led to an offer of representation from my agent.

The timeline is a bit hazy, but I think it was a few months and was a full request.

I actually can’t remember as it was a difficult process and recording each agent’s rejection wasn’t something I was keen on (too demoralizing), but at least 10-15 if not more. It took a long time, around five years from the time I started writing.

In a cover letter, start with the word count, title and genre, with a brief summary of the plot. Then mention themes and comparative titles. The final paragraph should be about your experience, such as publications, writing qualifications and any current projects. There are lots of resources online that detail the precise structure of a cover letter and I would recommend following this structure as closely as possible. Also, keep it relevant and to the point without rambling.

I was so overwhelmed and happy. It had taken years of effort and determination and it felt amazing to have someone in my corner who was prepared to champion my work.

I’m working on a story spanning wartime Croatia, Germany and 1960’s Melbourne. It’s called The Shifting Tide, about the bonds between three women, tested by secrets buried within the fabric of their family. I’m working on a later draft having finished the first draft during the 2020 lockdown. It’s been a challenging manuscript to research, but I’m pleased to be getting closer with it. I’m hoping it will be ready to show to my agent sometime soon.

Thanks for being my first author of 2022 on the blog, Kate! It’s lovely to read about writers who have had creative backgrounds prior to become authors. Looking forward to hearing more about this latest book, The Shifting Tide, too.

You can learn more about Kate, her books, writing and art here. 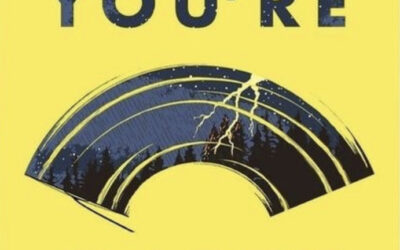