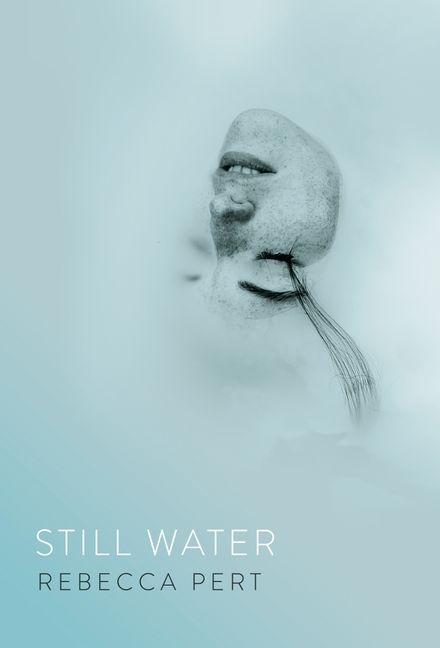 I can understand why debut author, Rebecca Pert got goosebumps when her new novel Still Water received an offer. Rebecca is enviably one of those authors who went straight to the publisher and bypassed the agency hurdle by entering in an amazing competition which included both agency and publisher. Oh, and advance. And she won!

She reminds writers out there that there are other avenues and channels into the publishing world that don’t require the lengthy process of submissions, pitches, cover letters, queries, rejections, synopsis crafting… and all the joys of trying to get noticed. Rebecca entered the Cheltenham Literature First Novel Comp which included her amazing gift of a top agency, publishing house, Borough Press and her advance. I am so excited to read her incredible thriller and prized novel, Still Water, which will be out in July 2022!

As long as I can remember. I’ve always written in my spare time: short stories as a child, mainly about anthropomorphic mice (ripping off the Brian Jacques Redwall series) and then lots of angsty poetry as a teenager. After my undergraduate degree in English Literature, I did an MA in Creative Writing at Cardiff University, focussing again on poetry and short stories. What I really wanted to do, however, was to write a novel. It’s the only real ambition I’ve ever had.

In 2018 I submitted the first three chapters of my fledgling novel to the Cheltenham Literature Festival’s First Novel competition. It seemed too good an opportunity to pass up – the winner would receive a £10,000 advance, a publishing contract with The Borough Press, and representation by Luigi Bonomi at LBA Books. I printed off my first three chapters, stapled them, popped them in an envelope and sent them off. I really didn’t think anything would come of it. A few months came and went. And then, one grey Friday in February, sitting at my desk in the library where I worked, I received an email telling me that I’d won. I just stared at the screen, feeling goosebumps prickle all over my body, reading the words over and over again. I wanted to whoop for joy but couldn’t, obviously, because I was in a library. So I went and shut myself in an office and called my husband and parents instead and then had a little cry.

I submitted the manuscript in November 2017, and I got the email telling me I’d won on Friday 9th February 2018. I had to submit the completed manuscript by August that year. I thought I could do it. I’d recently found out I was pregnant, and the baby was due around the same time as the novel, so I planned on taking early maternity leave in order to have a few months to write the book before the baby arrived. I wrote like a fiend right up until the last minute – I was literally in labour when I submitted the manuscript, bouncing on a birthing ball as I pressed ‘send’ on the email to the publishers. My son arrived about 24 hours later.

Then came feedback, and the structural edit. Unfortunately the whirlwind of new motherhood and sleep deprivation meant I missed the editing deadline… then another… then another. My (blissfully) exhausted state and my total preoccupation with caring for my newborn son meant that working on the manuscript took far longer than I’d hoped. I nearly threw in the towel at one point. But luckily, the team at Borough Press, as well as my wonderful agent, have been incredibly patient and understanding. Finally I was able to submit the completed (and much changed) manuscript of STILL WATER in 2020.

None… this was my first attempt. I know I’ve been mind-bogglingly lucky – for any aspiring author, winning a competition like this is like winning the lottery. But it does mean that I have a bit of impostor syndrome. I feel I haven’t done the author ‘thing’ properly, because I haven’t gone through the gruelling process of pitching – crafting a synopsis, researching which agents to contact, navigating contract negotiations…  all of that is still a mystery to me. I can’t complain of course, I’m massively grateful, it was an enormous gift.

I’m afraid not… like I said, I’m useless in that respect because I sort of sidestepped the pitching process. My only advice for aspiring authors is to keep an eye out for competitions, and – as long as they’re legitimate, and the fees aren’t too large, and you’ve done your research and feel you’d be a good fit – go for it.

Shock. Elation. And then a huge craving for a cigarette – something which was forbidden due to my recently-discovered pregnancy. I think I got a chocolate bar from the vending machine instead.

STILL WATER will be published in June 2022 by HarperCollins’ Borough Press. I’ve just seen the cover for it and I’m absolutely over the moon with it. And I’m currently making a start on my second novel – here’s hoping it doesn’t take quite so long to finish this time around!

There are many publishing competitions like the one Rebecca entered, with most publishers offering their own yearly comps. I love the idea of sending your manuscript to as many as you can afford to, while submitting to agents directly. You might be lucky! Thanks so much for sharing your amazing story with us, Rebecca! If you’d like to follow Rebecca’s journey, you can so here. You can also pre-order Still Water here. 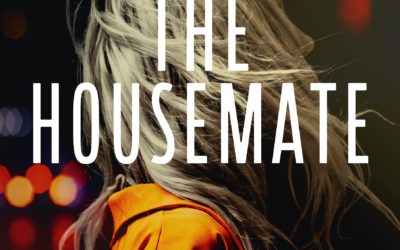 Sarah Bailey: Getting published is not a moment you ever want to take for granted…

My sister was the first person to introduce me to Sarah Bailey's bestselling, incredibly well-written...

Debut author Danielle Owen-Jones: Rejections are HARD. Don’t Give Up.

If you're a submitting writer out there in the trenches, cover letter addressed, finger hovering over the... 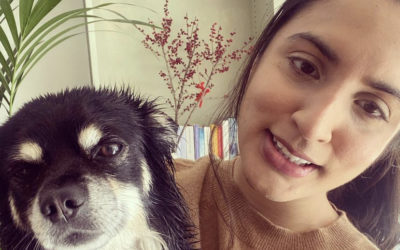 The reason I love debut author, Meera Shah's, publication journey is because unlike most authors, Meera...