Natasha Lester and the Road to Success 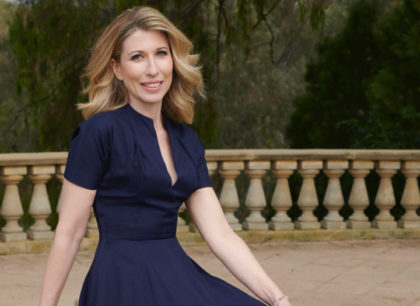 It’s a MASSIVE pleasure to have such a bestselling, well-known author like Natasha Lester on my blog today sharing her publication journey. I don’t know about you, but I’m especially intrigued about hugely successful authors and their road to representation/publishing. I want to know everything. And Natasha doesn’t disappoint. She talks us through her multiple agents since her debut novel hit the shelves back in 2010, and how she was rejected many times before securing an agent. This is so good for aspiring writers to learn about! Natasha never gave up and has come out on top!

Since then, Natasha has gone on to write 7 bestselling historical fiction novels which are greatly accurate in historical detail and loved by many. From The Paris Secret to A Kiss from Mr Fitzgerald. Her novels are sumptuous, addictive, with a focus on Parisian fashion, romance and war during the 1920s.

Natasha is really generous with information for new or aspiring writers on her website www.natashalester.com.au which I’ve been following since 2014. It’s from her that I learnt about things such as “style edits” and the time from gaining an agent to getting published, plus all the exciting parts along the way. It’s definitely worth a visit and to scope out more information relating to Natasha, her wonderful novels and the inspiration behind them. I’m so happy that she has agreed to be here today, as I truly think you’ll learn a lot from her.

Technically I’ve been writing since I first understood that letters could make words and words could make stories. My mum has lot of examples of books and poems and stories that I wrote when I was young. But on a more professional level, I’ve been writing since about 2005 when I commenced a Master of Creative Arts at Curtin University. I returned to university as a mature age student to study creative writing because I’d wanted to be a writer for years and I finally had the courage to try it properly when I was in my thirties. My first book was published in 2010 and I’ve published 7 books since then!

My very first book was published by Fremantle Press because it won the TAG Hungerford Award (this is a West Australian award for an unpublished manuscript). Winning the award automatically means you receive a publishing contract with Fremantle Press, which was wonderful. Prior to winning the award, I had submitted the manuscript to agents and been rejected (very nicely!) by all of them! In fact, when I wrote my second book, I went back to one of the agents who had rejected me, but who had written me a lovely rejection note, and she agreed to represent me for my second book.

I should also say that I’m now onto my third agent, which is fairly common for writers who’ve been publishing for several years. When you first start out, you’re so grateful to be offered representation that you don’t stop to think about exactly what kind of agent you really need – and you also don’t know because you’ve never worked with an agent before. My agent now, the wonderful Kevan Lyon of Marsal Lyon (an American literary agency), is my forever agent because she is the very BEST!

Because I’d won the award, I didn’t have any waiting time – I knew from the night of the awards ceremony that I would be published. And then when I approached agents for subsequent books, the process was a bit different because I’d previously been published.

For example, I didn’t submit any work at all to my current agent; I just emailed her out of the blue. I was quite specific about what I wanted this time as I’d previously had 2 agents and I’d published 6 books so I had some experience and also some particular needs. Most importantly, I wanted on the ground representation in my most lucrative financial market, the US, where I don’t live and therefore don’t know the industry as well.

When the agent (Kevan Lyon) received my email, she knew who I was and liked my previously published books, so we Skyped to make sure we liked each other too (which we did!), then she put me in touch with one of her existing authors who absolutely raved about Kevan. On that basis, I signed up to her agency.

So the way you approach agents and publishers does change as your career develops, which I hope is useful info for anyone reading this!

I had submitted to every agent who was then accepting submissions back in 2008 for my first book and been rejected by all of them. I had also submitted to the Australian/Vogel Award and been long listed. I then used all the feedback from the agents who rejected me, plus the judges’ report from the Vogel (an extensive and thoughtful 4 page letter) to rewrite my book for the thirteenth time. I sent that new draft off to the TAG Hungerford Award – and that was the draft that won.

Again, it’s quite different for me now than it was at the start. For example, I’ve recently sent off a synopsis/book proposal to my agent for the second book of my current two-book contract. It’s quite a long proposal – about 12-13 pages – because it includes historical background and is more like an extended synopsis.

Mostly, writers hear that a synopsis should only be one page long so it might be good to know that this isn’t always the case. And the reason mine was so long was because I didn’t need to submit any sample chapters of the book – I simply needed to get my agent and publishers’ approval for the idea and now I’ll write the book and submit it a year later. If you are at a point in your career where you don’t need to submit actual chapters anymore, you might find you need to write slightly longer/extended synopses instead.

Of course it’s very different at the start of your career. And, looking back on what I’ve learned, I think that many emerging writers get way too caught up in their synopsis. It’s the writing sample that is the dealbreaker, unless you have a really high-concept book where the synopsis becomes the selling point. So spend most of your time on your chapters, rather than worrying too much about your synopsis. Your chapters are what the publisher/agent is most interested in.

I have another historical novel coming out in September 2021 called THE RIVIERA HOUSE.

Yay! I’m sure Natasha’s fans are equally excited about this new novel coming out next year! Follow Natasha’s journey via Instagram.

Thanks for taking the time to come on here, Natasha! And thanks to my readers for stopping by.